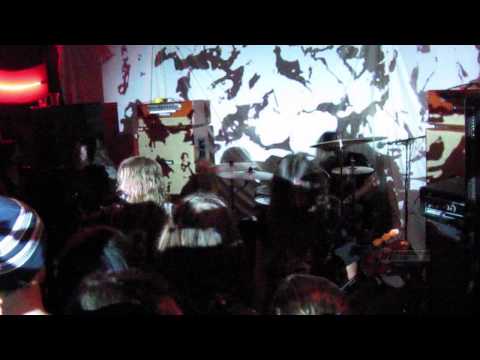 Last weekend I took a trip to Seattle to see an NFL football game. On the Saturday we needed to find something to do and we discovered Montreal band Priestess was performing at Seattle’s Comet Tavern and admission was $10!  We though, “hey we’ve heard a couple of their songs on the radio and it’s cheap, let’s check it out.”

We also found out the venue is one of the “top dive bars” in the U.S.  The reports we read were right. It is a dive bar and a very small one at that. It’s a venue where if you were at the front row of the stage, the lead singer would literally be standing right in front of you.

The show was more hard rock than we expected, but it was good. I was really suprised how short the guys in Priestess were.

I recorded their most recognizable radio song, “Lay Down”

Metric & Stars Get and Give Some Stadium Love