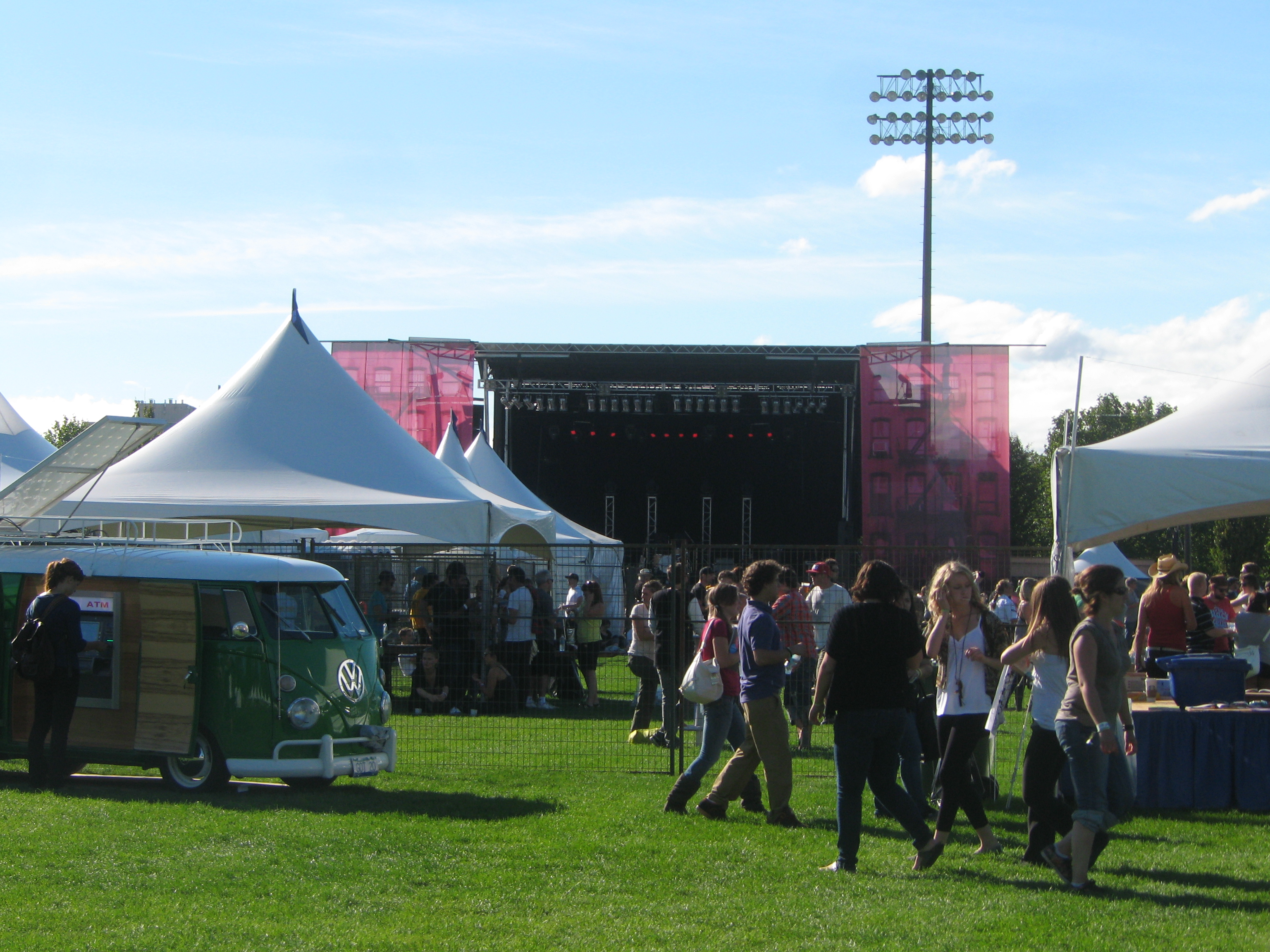 I’ve been to a lot of music festivals in the last 6 years. I’ve gone to Coachella for 5 straight years, been to Sasquatch from 2006 – 2008 and to Pemberton. I was also at last year’s Rifflandia which was a blast. But this year something felt very special about Rifflandia 2011 as I was roaming the grounds of Royal Athletic Park on the first full day on Friday and throughout the rest of the weekend. Before the festival I didn’t think I was going to be as blown away as I was since A) Most of the acts I knew I’ve seen before and B) There were a ton of acts I’d never heard of and C) Adding a big outdoor venue for the first time and holding it at the end of September could easily have turned into a $#** show if not planned correctly or mother nature doesn’t play ball.

Not once did I feel any sense of frustration or being uncomfortable from myself or anyone around me. The whole vibe was relaxed… especially in Royal Athletic Park. So here’s 10 reasons (in no particular order) of why I think Rifflandia 2011 was one of the best run festivals I’ve ever attended.

1. Royal Athletic Park’s Layout: It seems like such a simple thing to plan… put a stage here, a stage there, food over there, and a beer garden right there. But really, designing a grounds layout that’s both efficient and user friendly isn’t easy. Just ask the organizers of 2008’s Pemberton Festival. Their layout for the main stage and dance tent led to long lines and people squeezing each other to get in and out of the narrow entrances/exits.

I mainly point out RAP’s layout as a real strength after spending an hour in the beer garden for Blackilicious. Beer garden patrons had a centered unobstructed view of the main stage (even if you were at the far end) with it being a large and spacious area rather than being sloughed off in some corner. VIP also being dead center was also an excellent touch.

2. No Price Gouging: Beer for $4.50??? Food that isn’t $10-12 for a cracker? You just don’t get that very often at a music festival. You go to any other major festival out there and you’re talking about at least $7 – $8 for a beer in the beer garden. Even merch prices were reasonable. A Rifflandia stainless steel water bottle was $5. FIVE! And most importantly the price for wristbands, was extremely good value for the amount of shows you potentially saw. You were guaranteed to see up to 10 shows at RAP if you arrived from the start of each day. Add 4 or more per evening at the night venues and that’s more than 40 sets if you took advantage of it. My wristband was an early bird one for $90. $90 for 40 bands/sets. Broken Social Scene’s almost 2 hour Friday headlining set alone was worth nearly half of that.

3. Local Vendors: Did you notice that every vendor was intensely local? From Phillips, Pig, Wannawafel, Foo,  to Habit, the list goes on. Every one of them with Victoria roots. There wasn’t a Budweiser, Coca Cola, or national chain restaurant to be found. in the place.

4. The Volunteers: The volunteers were everywhere. I have never seen any festival have volunteers stationed at the waste bins helping attendees figure out what was garbage and what was compostable or recyclable before. Every volunteer I saw all weekend look genuinely happy to be working at the festival.

5. Attendance Numbers: Now, I’d like to preface this as from an attendee’s perspective and not a business perspective, but from my view the amount of people was just right. Saturday was clearly busier because the single day passes sold out for that day, but it was still very comfortable to move around. If you arrived to a stage late, there was still room to maneuver without pushing or searching for a route to squeeze through. And not once did I feel like cattle being herded to another location. I just hope that this year’s attendance was at a point of where repeating it is financially sustainable for the festival. The field can definitely hold more people, but the amount of people there this year felt just right. 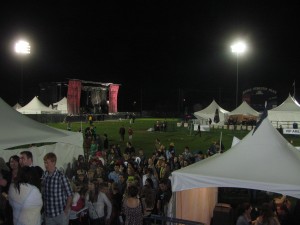 6. Respectful Attendees: From what I saw people were there for the music. I’ve been to other festivals where a large contingent of attendees go just to party, get high and/or drunk and just be idiots. Not so at Royal Athletic Park. Yeah, there were a few (there always is) but most were there to see live music first, and have a “good time” second. Dudes holding girls on their shoulders at the stages was kept to a acceptable minimum. I witnessed two guys who almost got into a fight at the main stage get stopped by random attendees and then escorted by them to nearby security. The beer garden was very relaxed and not some drunken douche zone. And did you notice how little litter was on the grounds at Royal Athletic Park? There wasn’t a whole lot of waste bins either. That tells you something about the people at the festival. Very environmentally conscious.

7. Efficient Set Times: First time I’ve attended a festival where every set was basically on time. No 20 minute delays throwing every other acts set time out of whack. No bands being prima donnas by intentionally being late or going overly long.

8. Security: Their presence was felt. You could see their yellow shirts everywhere. They were at the stages and they were roaming the grounds in groups, but they were never overbearing. No metal detectors or airport security style groping. Even checking bags was relaxed. This year at Coachella there were two check points where every nook and cranny of a purse or backpack was went through and you’d get a quick pat down. DO NOT SCREW THIS UP VICTORIA. We’ve got it good here. If one idiot does something really stupid, it’ll ruin everything.

9. Beer/Beverage Variety: This kinda ties in to the whole local vendor aspect but I thought it was worth mentioning on its own. How often do you get to choose from 10 varieties of beer and whatever wine and cider choices there were in the general beer garden? All other festivals you’re stuck with say a Heineken and maybe something else that tastes like water. And forget about wine and cider in the general beer garden! That type of stuff is usually only sold in VIP. Kudos to Phillips Brewery and Merridale Ciderworks!

10. The Weather: Honestly, I was a little worried the weather would be absolutely terrible. Holding something outdoors for three days at the end of September is a pretty significant gamble… especially when there was little to no tents to huddle under on the grounds if weather got nasty (which it did briefly on Sunday). But the weather for the festival was near perfect. A lot of people seemed to be caught off guard on Friday. I don’t think anyone expected it to be that warm and sunny. Saturday was super comfortable with the mix of sun and cloud. Sunday, despite the torrential downpour that happened in the 1pm hour things were great and people took the rain in stride. A little cool by the end of the night, but still nice.

I don’t often use the namesake of my little “brand” that you see on my logo. It’s a word that I made up 14 years ago that isn’t in the dictionary and I doubt most of you even know what it means, but I think it definitely applies here…