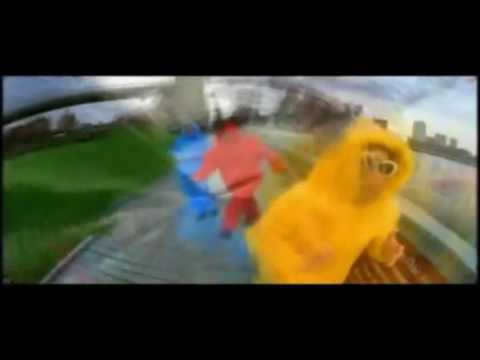 A couple days ago I wrote a post about B.o.B’s new single Airplane… Well after listening to the song yesterday I had a thought that the clapping to the beat at the beginning seemed to be very close to the speed that that weird sound at the beginning of Jay-Z’s ‘Run This Town’ played.

An hour downloading filtered acapellas and instrumentals and messing around with everything in Adobe Audition later, I’ve made a decent mashup for the first time in 9 years. The last time I made a mashup I was really happy with was 2001 when I mixed an acapella version of Beastie Boys’ ‘Alive’ with Britney Spears’ ‘I’m a Slave 4 U’.  At the time the Britney song was topping the charts and I just happene to have the Beastie Boys song on an acapella mp3, and the pace seemed to be similar.

Both mashups are what those in the media use so often it’s become a cliche term, ‘a perfect storm’.  Me making a mashup is a success or fail initiative. If I can’t figure out a tempo that syncs the beat of both songs within 10 minutes, I give up. This new one just happened to go together nearly perfect.  The only thing I’m not so happy with on this mashup is Rihanna’s part. It feels like it goes off beat a little and she’s not singing in the same key as the B.o.B track. I guess I could have altered her pitch a bit, but that’s just too much trial and error for someone who knows when pitch is right, but not one of those “perfect pitch” geniuses that knows exactly how much to change.

Anyway, I uploaded my mashup on YouTube, but returned to discover the entire video was blocked from public consumption by Warner Music because of copyright. I didn’t get a copyright strike to my account, and the video wasn’t deleted. It was just blocked.  How pathetic. It’s not like people are posting stuff on YouTube to download. Hell, nothing on YouTube is anywhere near CD quality.  So instead of sharing with the masses there, I’ve posted the mashup through Vimeo and Twitvid, which seems to have worked.

Have a listen and tell me what you think!