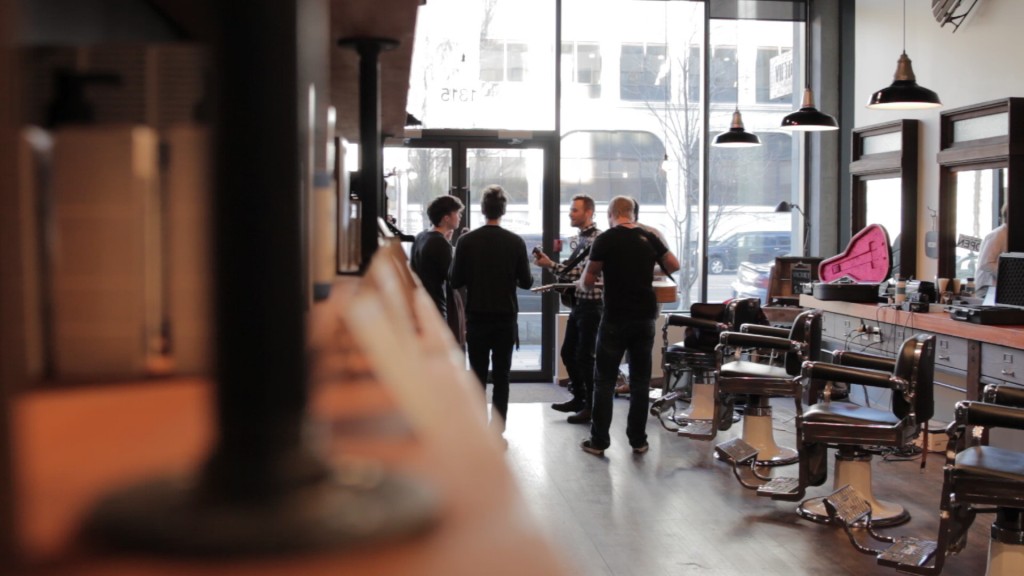 Last Tuesday, Adrian Chalifour (lead singer of Towers and Trees) messaged me on Facebook with an live video idea. Towers and Trees were second round semi-finalists in CBC’s 2013 Searchlight competition, a national contest for independent Canadian artists. The Vancouver Island Region was narrowed down to 20 semi-finalists for round two out of an initial 100+ entrants in the region.

Adrian’s idea was to try to bring the remaining Victoria based entrants together to make a music video to showcase Victoria based talent as a community. This was going to be a video by #TeamYYJ, a hashtag on Twitter born during the 1st round of voting in the Searchlight competition. I was completely on board. It’s been nearly two years since I shot a live music video for Ellisa Hartman. This project seemed like a cool change from my normal concert videography.

Friday afternoon I met with Adrian to go over what artists were in and the logistics of how we were going to pull off the video. Victory Barber & Brand was on board providing the venue/setting. Artists who committed included Ethan Caleb & Sandy Hughes of The Archers, Amy Wood, Scotty Hills and Maureen Washington. Danny Gayfer was brought on board to be a secondary camera. Sam Thom and Leanne Green were brought into the project to shoot still shots after I found out bringing in a still photographer hadn’t crossed anyone’s mind.

The big day for the shoot was the morning of Sunday March 3, 2013. We had a three hour window to rehearse, set up and figure out how we were going to shoot it. We originally planned to start the video outside and work our way in, but I changed the plan to go the reverse way to a possible problem with lighting. And it also ended up making better shots overall.

From 9am till 10:30 we set up and rehearsed then we did a total of three takes. The first take was a complete write-off. My shooting was horrible. I slipped a bit on the stairs and there were quite a few bad shot choices… Now I’m very hyper-critical on my own shooting and there are a few shots in the final product (take 3) that I know I could have taken a better direction or paced better, but considering this was a video we were able to block out and shoot in less than 3 hours, I’m actually quite proud of what we accomplished.

The video is at the bottom of this post, but be sure to also check out some of the behind the scenes photos taken by Leanne and Sam.
Photos by Leanne Green Photography: http://www.leannegreenphotography.com/album/0abddg