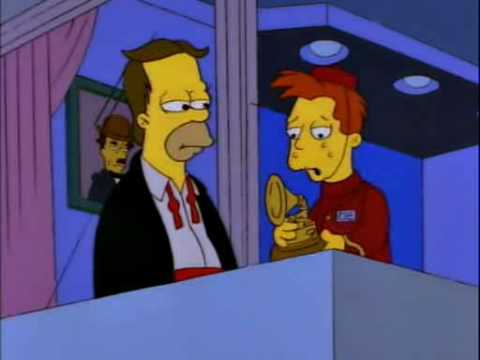 last night some of the Grammy nominations were announced on CBS during an hour-long “Grammy Concert Party” special hosted by LL Cool J.  First off, who thought that was a good television idea? The Grammy Awards are dull enough with their thousands of categories. Now you’re turning the nomination process into a full on show hosted by a guy who used to be a successful rapper who is currently doing better as an actor in your network’s latest spin-off success?

I watched the first 10 minutes and had to change the channel once they started actually announcing the award nominees. Not only is seeing nominees announced boring television, they first award nominees announcment was a train-wreck.  They tried to get fancy by playing the artist’s song and showing a graphic of the artist on screen as they announced their names, but screwed up royally when a name was announced and the wrong graphic showed up, and then the audio person punched the wrong music that neither matched the graphic or the name announced. Oh to be the director throwing stuff in the control room at that moment.

Anyway, I’m not going to bore anyone one with the grand list of nominees, you can just go to grammy.com for that. I do want to mention interesting tidbits from two categories though. One AWESOME, the other very puzzling.

I am absolutely thrilled and busting a gut laughing that The Lonely Island’s “I’m on a Boat” is nominated for “Best Rap Collaboration”.  You know the whole rap scene had a tough year when a complete satire of the genre used for a Saturday Night Live Digital Short gets nominated as one of the best songs of the year.  What’s more shocking is that it’s somewhat a correct assessment. “I’m on a Boat” is a very catchy and surprisingly well done rap, and is arguably the best use of T-Pain I’ve ever seen. I enjoy rap, but this year other than Jay-Z, there really wasn’t anything memorable or inspiring from anyone this year.

The other surprise of the Grammy nominations comes from the “Best New Artist” category. Can someone please explain to me how in the world Silversun Pickups and MGMT are considered “new”? Seriously, Silversun Pickups had “Lazy Eye” on the radio three years ago. MGMT’s “Oracular Spectacular” album with the breakout single “Time To Pretend” was released in January of 2008. You’re telling me that you’re still considered new when you release a hit producing record 2 – 3 years prior? Give me a break.

Then again, this is the Grammys were talking about. Anyone can win a Grammy for very little reason.

The Lonely Island featuring T-Pain- I’m on a Boat