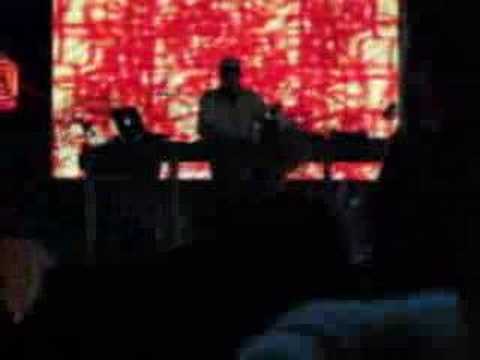 Five years ago a video I shot of DJ Shadow live at Coachella 2007 on an Canon SD500 digital camera in the lowest quality setting and posted it to YouTube (click here to see that video). It was the very first video to ever reach 100,000 hits on my channel. Ever since then I have wanted to see DJ Shadow perform again, but kept missing him. I missed him at numerous appearances at The Commodore in Vancouver and I missed him at the Pemberton Festival in 2008 due to ridiculous line ups to get inside the dance tent. I was not going to miss his 2012 Coachella appearance.

I was not disappointed. DJ Shadow performed inside his “Shadowsphere” which used some spectacular visuals and I was able to capture about half the set on video. The embedded video above is just half of what I shot. Unfortunately I had to leave to secure a spot for Dr. Dre & Snoop Dogg’s headlining set and ended up missing a surprise cameo by Rage Against The Machine’s Zach de La Rocha. That’s probably the one regret I have, but considering what I ended up recording later it will probably end up being a worth sacrifice. More on Dr. Dre later.

POLL: Best Side Stage Dancer at Rifflandia 2012’s Side Stage?