Magmazing Music
Home Concerts A movie and Girls with Guitars 2… 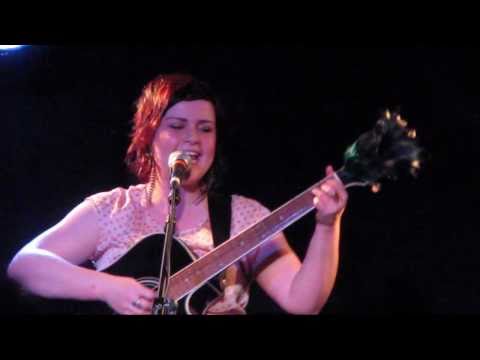 Last night was movie night. Whenever I have a Tuesday off work I try to go to a movie because it’s cheap. My original plan was to see the 10pm show of RED… but Tuesday afternoon I was mistakenly tagged on facebook post promoting a blog post about the Girls With Guitars 2 show at Lucky. Me and the person who runs Island Soapbox share the same name… Not only that, we both work at the same workplace. So that combined with the fact we both have online music sites just adds to the confusion.

To set the record straight. He’s white… I’m asian… He writes about music and interviews artists… I record video and audio of concerts.

So after being mistakenly tagged I thought to myself… “Now I pretty much have to go to the concert now.” The only reason I wasn’t going to go originally was simply because I felt I needed to take a bit of a break from concerts. I’ve been going to so many lately I was getting a little bit burnt out… not to mention the hard drive on my laptop was getting too full of video projects.

Anyway, I changed my plan and went to an earlier showing of the movie, and if you’re a movie goer, I recomment RED. It was just a fun ensemble cast movie. Bruce Willis was his normal cool self, but John Malkovich stole the show. His character was hilarious.

After the movie I went down to Lucky Bar for Girls With Guitars 2. On the bill were Katie Schaan, whom I’d seen before at the Lab Loves Lindsay even held at the same venue… Ellisa Hartman who I’d seen while ridiculously tired at the chapel at St. Ann’s Academy on BC Day… and Christina Maria who I knew absolutely nothing about.

Girls with Guitars is an all acoustic show with well… female singer/songwriters who play guitar. I think the best way to describe the girls on this night’s bill is soulful, cute and sassy. Vocally I found Ellisa had a more pure voice, but maybe that’s because she was the quietest of the three and I tend to gravitate more toward that style. Katie and Christina have more powerful voices and really belted it out a few times.

One thing I didn’t clue in on until I got home is that Christina is a top 20 finalist in the Peak Performance project. Her performance totally showed why she’s a finalist. She may not have had as many people there to watch her performance (attendance kinda trailed off before she took stage, probably because it was a Tuesday night), but she seemed to have more people paying attention to her rather than having random convsations.

Have to say I’m glad I went. Got to see three talented island/lower mainland musicians and I had the opportunity to finally meet Roco from Surge Ahead in person.

I didn’t shoot a lot of video at this show mainly because I obviously wasn’t fully prepared. Here’s a bit of what I did shoot:

Katie Schaan- Close to Me

Christina Maria- Travel Back in Time