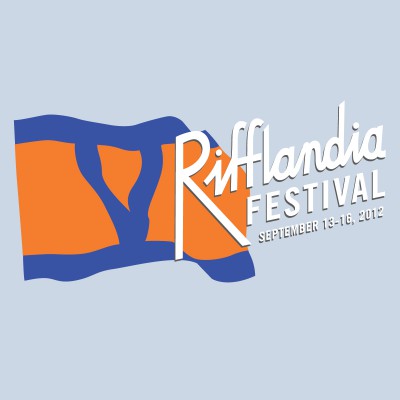 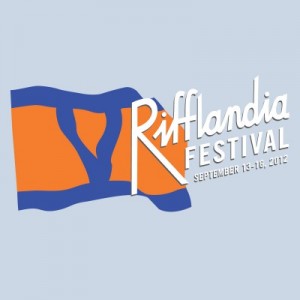 Rifflandia 2012 begins tomorrow night. 4 days, 120 acts and multiple venues. What am I going to try to see? I will for sure see almost every single act listed to perform at Royal Athletic Park since none of them ever conflict with each other. I will have my recording gear with me so expect some video in the coming weeks. here’s my “short list” of acts I hope to see at the night venues that have multiple shows happening at the same time… A few time slots over the weekend I don’t know what to check out, so if you have any recommendations let me know!

Thursday:
Christopher Arruda (8:30 at the Metro Theatre)
I have seen Christopher Arruda twice and both times it was just him and a piano and since then I’ve wanted to see this former Peak Performance Project top 20 finalist perform with a full band. I’m hoping Rifflandia 2012 is that opportunity.

Data Romance (9:30 at Alix Goolden Hall)
This video produced by my friend Tash Baycroft is the #1 reason I want to see Data Romance live

I’m very interested to witness how this duo performs this form of music in a live setting. The only thing I’m worried about is the venue. Electronic music in what’s essentially a rather large church setting seems a bit odd. Plus as a videographer I’m not a huge fan of the liveness of the sound you get in the room. There’s too much echo for my taste. Also lighting can be a little dark for shooting video.

Northcote (9:30 at the Metro Theatre)
Northcote is another artist I have only seen perform solo and both times I have been blown away by his talent. The unfortunate part is that his time slot is in direct conflict with Data Romance. Luckily the two venues are on the same block. Here’s a video I shot of Northcote (aka Matt Gould) performing at the Victoria House Concert B…

The Matinee (10:30 at the Wood Hall)
I’ll be honest, I have never seen this band live and haven’t really listened to their music, but they took 3rd place in last year’s Peak Performance project and friends of mine have friends in the band so that right there makes a band I have to check out.

DJ Shadow (11:30 at Market Square)
It’s DJ Shadow… IN VICTORIA… I will not miss a minute of this set. I regretted having to leave halfway through his set at Coachella this year, but it was a sacrifice I had to make to get a spot for Dr. Dre/Snoop Dogg. There’s no such conflict (at least for me) this time. He probably won’t be bringing his “Shadowsphere,” but watch this video I shot of him this year for a taste of what you can expect from a DJ Shadow performance.

Friday:
Wolfheart (8:30 at the Victoria Events Centre)
I’ve gotten to know the members of Wolfheart pretty well over the last couple years and always try to check out their shows. This set may be difficult to attend due to the fact The Flaming Lips’ set at Royal Athletic Park starts at 7:30 and I would assume the headliners at the park would get close to an hour and a half set. Getting to the park all the way to the Events Centre might make it difficult to attend this set. Here’s a video I shot at Wolfheart’s CD release party

9:30
I have no idea what I should see in the 9:30 hour. I haven’t really been able to do in depth research on any of the performers. I might just pick a venue at random

Rykka (10:30 at Alix Goolden Hall)
Another person I’ve seen perform acoustically by herself when she went by Christina Maria. I’ve wanted to see her live again for a while. Her band has just finished recording a new album with Ryan of Mother Mother so I’m looking forward to hearing her new material with a full band.

The White Buffalo (11:30 at the Metro Theatre)
I’m mainly going to see The White Buffalo because he’s a favourite artist of a local concert promoter friend, and that’s enough of a recommendation to at least see what he’s all about.

Fucked Up (12:30 at Soprano’s)
With a name like that why wouldn’t you at least check them out? Plus, it would have been a good excuse to see how the renovations at sugar turned out… Except that the renovations aren’t finished and they’ve been forced to move the venue to Soprano’s

Saturday:
Saturday begins the lack of sleep portion of Rifflandia. With the last set I’m seeing on Friday probably ending around 1:30am, Saturday’s music begins at 11am with the War Child Lounge which are short intimite acoustic sets raising money for the War Child charity. Saturday’s sets includ Luluc, Current Swell, Rich Aucoin and Sloan. For a minimum $10 donation you can’t pass this up. I’m especially interested in what Rich Aucoin’s performance will be like for 20 minutes considering his full sets have heavy amounts of audience participation.

The June Fiasco (8:30 at Alix Goolden Hall)
Straight up modern rock band and a former Zone Band of the Month. Had the opportunity to see them perform at Market Square’s Courtyard Sessions and would like to see them again, but this is another set that I might be forced to miss if Cake’s set at Royal Athletic Park goes until 9.

9:30 – 11:30
These three time slots I’ll probably end up sampling at random since I don’t know anything about any of the acts.

Carmanah (12:30 at the Wood Hall)
Carmanah are currently one of my favourite Victoria bands. The first time I saw them was in January opening for The Boom Booms at Sugar Nightclub and they absolutely blew me away. At the time I didn’t even know who they were and going to that concert was a last minute decision. Go see this band.

Sunday:
Sunday once again begins at 11am with the War Child Lounge with Family of the Year, Hey Ocean!, Mother Mother and Frazey Ford. Again for a minimum $10 donation why wouldn’t you check these band’s out at the Atrium? For a taste of what kind of shows you can expect at the War Child Lounge, here’s a video I shot of USS last year.