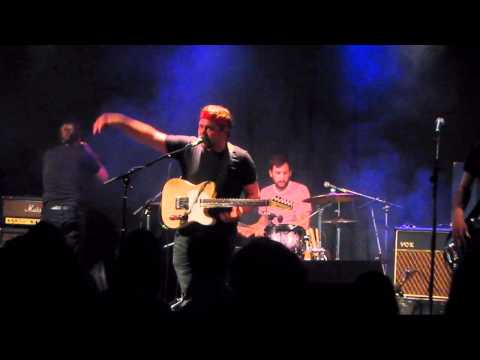 Last week I attended Peak Performance Project Top 20 finalists Acres of Lions’ CD Release Party for their second album ‘Collections’.  The entire lineup did not disappoint. I’ll be posting a bunch of video from the show in the next month or so. Normally I’d be posting as much as I can right away, but now I’m stuck editing a major project that has to be completed in 30 days so basically every moment of my free time that I would normally devote to posting concert video is being consumed by this project. So here’s a brief breakdown of the night’s lineup.

The evening’s lineup began with Northcote.  Until that night, I had never heard of Northcote.  Northcote is the project of Saskatchwan born singer/songwriter Matt Goud (…and no, the last name is not misspelled).  Goud performed a solo acoustic set and gave an impressive performance. Enough of an impression that I would like to see him perform again and next time I’ll have camera at the ready. http://northcotemusic.com

Next up was Mike Edel. Now, I’ve seen Mike perform numerous times and have shot a lot of video of those performances. I have yet to see a sub-par performance.  Be sure to check out ‘The Last of Our Mountains’ album. http://www.mikeedel.com

The last opener was Treelines from Vancouver, BC. They’re also a  Peak Performance Project Top 20 finalist, and after seeing them perform last November, I was looking forward to seeing them live again… without the Movember mustaches. http://www.treelinesmusic.com

I do have one video to share. Here is Acres of Lions performing the first single from the ‘Collections’ CD. ‘Reaction’ has reached #22 on the Alt/Rock charts and has received significant airplay on radio stations across Canada. http://www.acresoflions.com